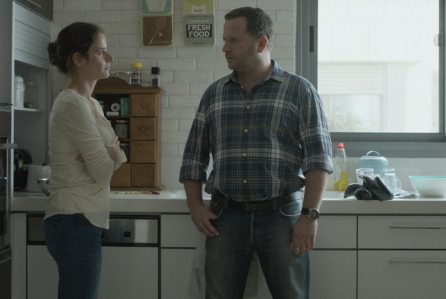 EXCLUSIVE: Tim Grady and Jeff Lipsky’s Adopt Films has picked up all U.S. rights to Eran Kolirin’s Beyond The Mountains And Hills, an Israeli drama that’s running here in the Un Certain Regard section. Adopt plans a broad release in early 2017. Kolirin is best known to international audiences for 2007’s smash The Band’s Visit which was controversially rejected by AMPAS as Israel’s Foreign Language Oscar entry that year owing to its partial use of English. It did win eight Israeli Academy Awards and three prizes in Cannes.

Beyond The Mountains And Hills centers on a modern nuclear family and stars Alon Polut, Shiri Nadav, Noam Ambar and Mili Eshet. When David is discharged from the army after 27 years, he returns to his family, but has difficulty adapting to the “new Israel,” a competitive culture obsessed with success and money. When he takes up an offer of a business opportunity, the decision slowly entangles he and his family in a web of dark forces. The story depicts the daily truths confronted by a society at once full of nationalistic pride, yet finding itself second-guessing its democratic values as daily personal freedoms are compromised and cold-war style suspicion infects unconditional love.

“We could not be more proud of discovering, targeting and capturing this exciting Cannes entry just ahead of its official screening. It is the latest work by a member of one of the exciting group of filmmakers which has been emerging from the Middle East during the past decade. We hope it is recognized with a plethora of Israeli Academy Award nominations this fall and, just as our 2014 film Bethlehem was, is selected as Israel’s Selection for the Best Foreign Language Film Oscar,” say Grady and Lipsky.

The deal was negotiated by Grady and The Match Factory’s Thania Dimitrakopoulou.