PILAR spends her first years of retirement trying to straighten up the world and dealing with other people’s guilt, an increasingly frustrating task these days. She takes part in peace vigils, collaborates with Catholic charities, wants to lodge young Polish girls coming to Lisbon on a Taizé ecumenical
meeting and constantly hangs up and takes down an ugly painting made by a friend so as not to offend his feelings should it not be in view when he comes to visit.

She is mostly troubled by her neighbor AURORA’s loneliness, a temperamental and eccentric octogenarian who escapes to the casino
whenever she has any money on her. She talks constantly about her daughter who seems to not want to see her, has hangovers from anti-depressants and suspects her Cape-Verdean maid SANTA is wickedly practicing voodoo against her. We know little of Santa, who is sparse with her words, follows orders and thinks that everyone should mind their own business. She goes to adult literacy classes and practices at night by reading a young reader’s edition of Robinson Crusoe stretched out on her boss’s couch while smoking cigarettes.

Before dying, Aurora will make a mysterious request and the other two join efforts to accomplish it. She wants to meet a man, GIAN LUCA VENTURA, someone nobody knew existed until then. Pilar and Santa will find that he does exist but are informed he is no longer sane. Ventura has a secret pact with Aurora and a story to tell; a story that occurred fifty years ago, shortly before the beginning of the Portuguese colonial war. It starts like this: “Aurora had a farm in Africa at the foothill of Mount Tabu…” 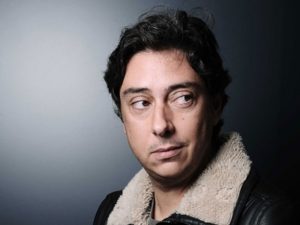